A downloadable game for Windows, macOS, Linux, and Android

We’ve all been there: the party is traveling across rugged desert, swampy marsh, or foggy weald, when suddenly, bandits attack! Roll initiative!

...And then it takes half the session.

Although this module was originally written for fighting on the road, it has many applications. Try using it the next time your PCs are fighting lots of enemies at once, or to introduce crucial plot elements.

Your purchase includes 18 pages of rendered spreads and a text-only version. Both files contain the full rules for accelerated combat, GM tips for running the module, as well as examples of the module in play. A greater contribution than the default $5.00 is appreciated but not required.

If you end up using accelerated combat at your table, I want to hear about it! Leave a comment below or ping me on Twitter @byconniechang.

In order to download this game you must purchase it at or above the minimum price of $5 USD. You will get access to the following files:

Support this game at or above a special price point to receive something exclusive.

If you're in need and can't afford a copy of the supplement, help yourself to a community copy (10 provided to start).

Hello! Loving this so far. I had one question:

Are the enemy DCs meant to be the same for both attack and wound rolls? I wonder how converting beasts with low AC but high attack works.

Hi there! I’m so glad you’re enjoying the module so far.

That’s a great question! Yes, the DCs are meant to be the same for both rolls. The logic is that it’s very, very hard to escape taking any damage at all on a wound roll, even if you exceed the DC by a significant amount. The only way to escape damage is by rolling a nat 20.

That being said, I’ll probably address that scenario in a future update to the rules. There’s definitely some fiddling to be done by making fight roll DCs lower for enemies with lower ACs, and wound roll DCs higher for enemies with higher attack bonuses.

Thank you for the feedback!

Thank you for the reply and the clarification! Love these rules and I can't wait to use them at my table sometime :)

Absolutely! Thanks so much for commenting, excited for you to use these rules at your table ^^ 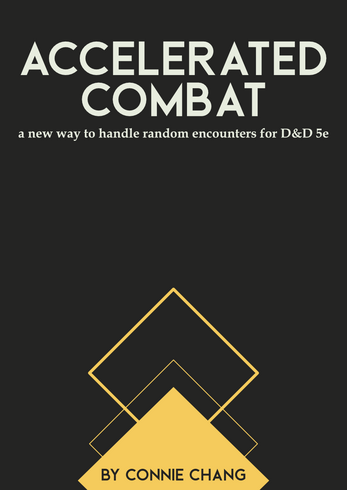 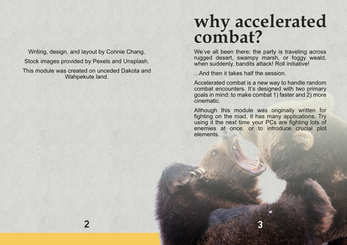 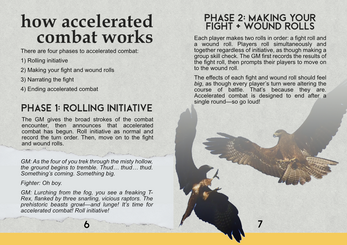